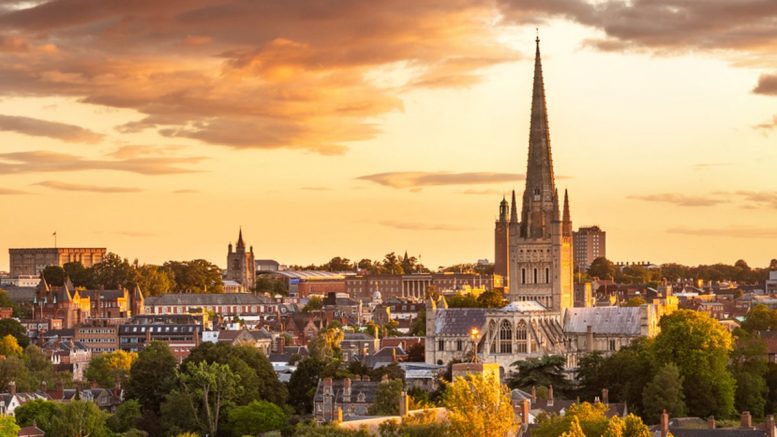 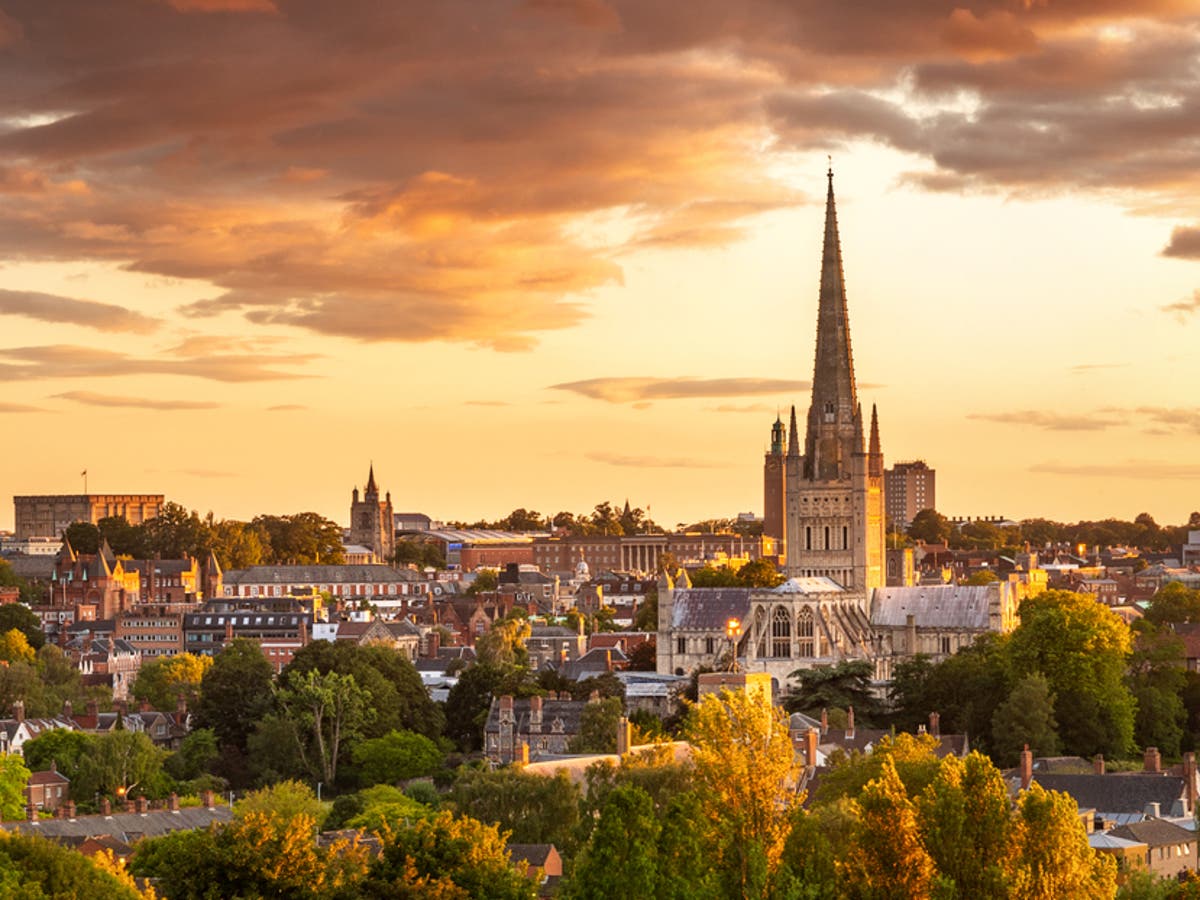 When you drive into Norwich, a sign on the outskirts of town reads: “Welcome to Norwich: a fine city”. It is an understated advert for a place that has inspired the likes of Stephen Fry, Margaret Atwood, Drag Race UK star Bimini Bon Boulash and gave rise to fictional radio DJ Alan Partridge.

In fact, having spent all 18 years of my youth there, I would argue Norwich is more than “fine”. Some are put off by the fact it is literally at the end of the line travelling east from London – an inconvenient stopover for people who want to visit the leafier bits of north Norfolk. It is also often the butt of Partridge- or Delia Smith-related jokes. However, to those who know it well, it is a hodgepodge of idiosyncratic independent shops and small venues, and a hub of performing arts and culture.

Ever since I moved to London in 2010 I have sought out areas that have the same kind of charm that Norwich does. From the graffiti-strewn underpass on the way into the city, to random installations from students at the art school, you’re never far from something interesting to look at. Everything you need in town is easily walkable. Independent businesses thrive in the lanes – a characteristic that has become ever more important for fostering community under Covid lockdowns.

I grew up in the suburban stretch of town between the city centre and the University of East Anglia (UEA), and spent what now feels like most of my teenage years walking in and out of the city along one long road.

It’s difficult to replicate the feeling of safety you get from having most of the people you know living within a few streets of each other. The fact that most of the young people who lived within reach of the city were likely to go to the same few secondary schools instilled a sense that everyone knew everyone. You could never stroll into town, or wait for a friend outside the big Topshop, without bumping into someone else you knew – something you’d struggle to achieve in a bigger city. At the time, it was a blessing and a curse.

Venues such as the sticky-floored Waterfront, the quaint Norwich Arts Centre and the UEA LCR formed my love of live music. For their size, each venue frequently punched above its weight in terms of talent – my first gigs included Bloc Party, Amy Winehouse and a plethora of landfill indie bands. Their post-lockdown roster is still enviable and, even now, I would take a smaller venue over a stadium any day.

A short walk out of the centre is the football stadium, Carrow Road, for which I will always feel a fondness due to my first job there selling match day pies aged 16. Usually when Norwich City Football Club enters the conversation, it isn’t long until someone brings up the immortal Delia Smith “let’s be having you” moment. The home pride of winning the Championship title recently was palpable, even when viewed from afar on social media.

There is also, of course, the history. Norwich used to be one of the most important trading ports in the country before the industrial revolution – the second largest city after London and the heart of the wool trade in the Middle Ages. The large, square castle on a hill in the middle of town hark back to that period, as do the cobbled streets of Tombland surrounding the centuries’ old Norman cathedral.

Despite its flaws, my friends and I have developed a kind of cultish pride about coming from Norwich. When I returned for a three-week stint recently, it felt as much like home as ever. Many of the independent stores and restaurants that make it special have persevered through Covid. The fact that everyone knows everyone may have driven me mad as a teenager, but, in these challenging times, bumping into someone you didn’t expect to see is inherently comforting.

Here’s what to see and do next time you’re in town.

The pubs (and churches)

It’s an old adage that Norwich used to be home to a pub for every day of the year, and a church for every week of the year. Therefore it would be remiss not to mention the charm of the Norwich Playhouse Bar – a popular haunt of the nearby art school. The Adam and Eve pub by the river is also worth a visit: the oldest pub in town, it has been standing for more than 700 years.

The churches are notable too, and more than 30 have been repurposed. These include the Norwich Arts Centre; The Puppet Theatre; the Hungate Medieval Art gallery; and St Gregory’s, which is now an antiques centre.

There are multiple options in Norwich’s iconic market for lunch, from Chilean empanadas at Cocina Mia to Thai, vegan, and fish and chips. A stalwart of the Norwich food and drinks scene is Frank’s Bar for brunch or a cocktail in the evening. You can also grab a freshly-baked slice of pizza or a deli treat from Amaretto, or head over to Norwich’s answer to a Shoreditch pop-up, Junkyard Market, open Friday, Saturday and Sunday.

A concrete dream, the UEA is a short bus ride from town. It’s known for its prestigious creative writing course, the large brutalist buildings designed by architect Denys Lasdun, and the art gallery the Sainsbury Centre for Visual Arts. You can stretch your legs with a walk around the plush surrounding fields and lake, or by visiting the sculpture garden attached to the Sainsbury Centre, which is home to works by artists such as Henry Moore, Elisabeth Frink and Antony Gormley.

Independent bookshop The Book Hive counts Margaret Atwood and Stephen Fry among loyal customers. Down the street, is Jarrolds, the flagship local department store, which is also a Norwich high street staple. Sustainability Station, in the lanes, is a one-stop-shop for a plethora of local, handmade items with a range of refillable toiletries.

The Gunton Arms is 30 minutes out of town on the way to the coast, set in the sprawling, thousand-acre deer park of Gunton Hall. The 12-bed boutique hotel is known for its quirky art collection, and has rooms from £95 a night.

‘A tale of triumph and tragedy’: Calls for black Victorian circus owner to be included in national curriculum

Be the first to comment on "Welcome to my home town: Why Norwich is much more than the butt of Alan Partridge-related jokes"